The Sense of an Atmosphere 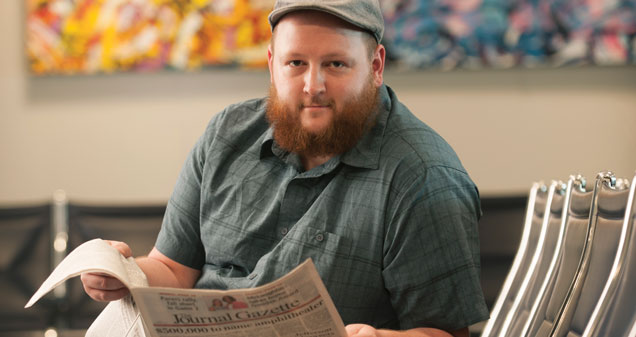 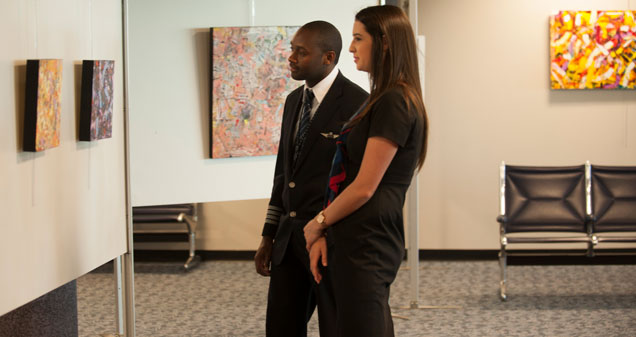 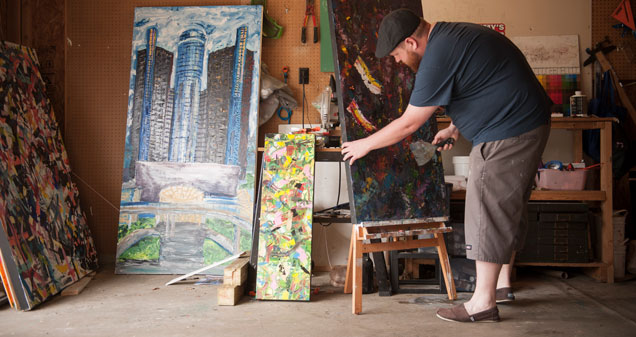 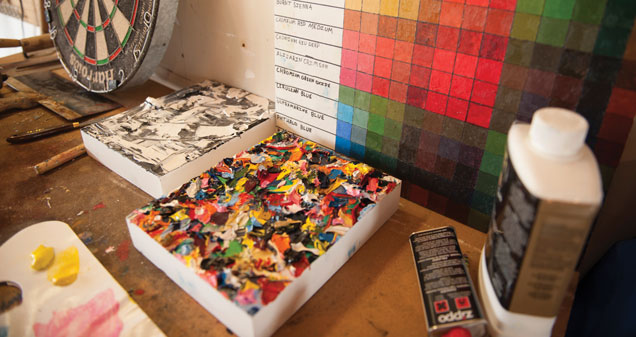 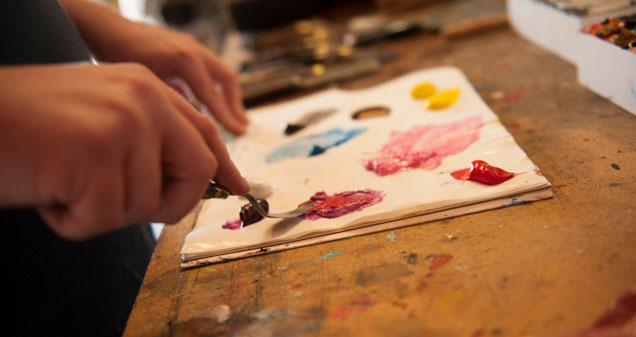 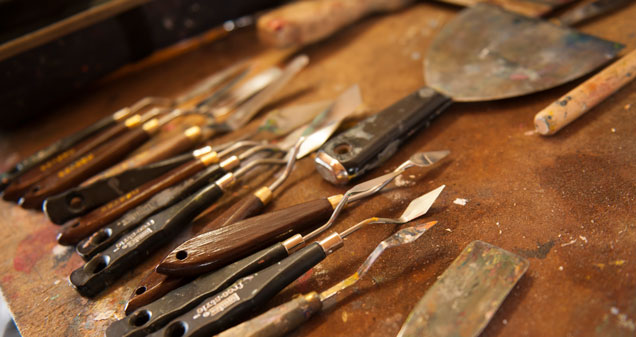 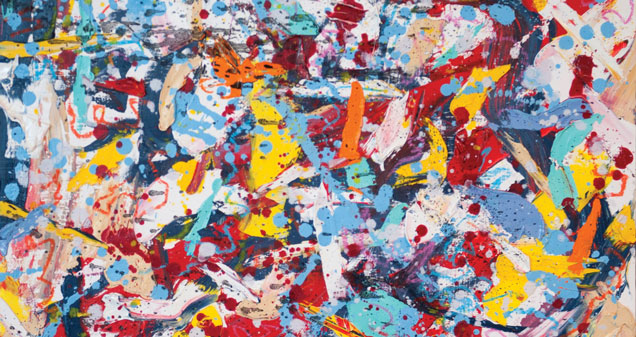 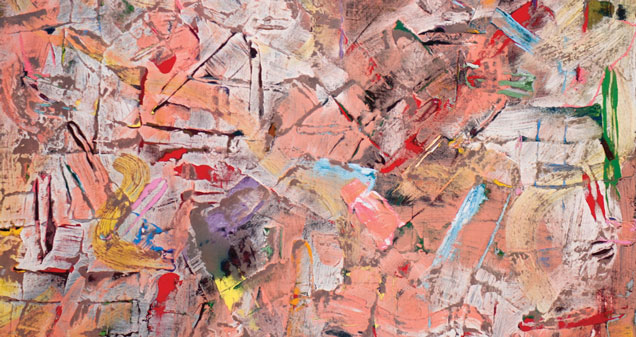 At 25, local artist Thomas Leffers may have already found the secret to life. “I think people should focus less on pursuing a career and more on finding a vocation,” he says. “It’s important to find a place where you can be happy.”

As an abstract painter and sculptor, Leffers finds that place in his art. It offers him an outlet for his creativity, a way to contribute to his community, and relief for his anxiety. Above all, it gives him purpose.

“I’m always pushing myself to do better,” says Leffers. “Picasso was the most prolific artist of all time, and I want to top that. But mostly, I want to show that people my age can do amazing things.”

Since his childhood, art has helped Thomas Leffers make sense of the world. As doodling gave way first to drawing and then to painting, Leffers not only found relief from the shyness and anxiety he held inside, but also a way to interpret the world around him. He takes in everything—nature, colors, conversations, movies, social issues, politics—and lets it influence his artwork.

“When people think about abstract art, they just see the colors and textures,” explains Leffers, “but there’s a lot more that goes into it. I’m not just finger painting.”

Indeed, Leffers’ work is becoming well known around the city, with three significant shows running in quick succession. Thousands of passengers will see his paintings as they pass through Fort Wayne International Airport until June 1 as part of its Art in the Airport program. He also has concurrent exhibits at Artlink and Wunderkammer Company running through June 23 and July 30, respectively.

Preparing for three overlapping shows has been equally exhilarating and exhausting for Leffers, but the experience has fueled tremendous growth. As part of the process, he expanded his body of work to include small sculptures that incorporate his dynamic painting style into three-dimensional art forms. Leffers hopes that someday he can evolve his work to include architectural sculpture that could be displayed in outdoor installations. He’s also looking for ways to adapt his paintings into murals. When he talks about the possibilities, his excitement is palpable.

“I want to do things that haven’t really been seen in the art world, like combining sculpture with painting,” declares Leffers. “I want to inspire other artists—especially young artists and students—to step out on a ledge.”

Leffers finds his own inspiration in just about everything. The current political atmosphere, for example, offers rich subject matter.

“It’s a breeding ground for creativity,” says Leffers. “The atmosphere is like a powder keg, and art gives people a voice. We need more of that on both sides.”

Likewise, a recent road trip to Nevada has been finding its way into Leffers’ artwork, introducing him to a completely new color palette.

“Driving through the mountains, I was physically moved by nature for the first time,” he says. “It unlocked all these colors I’ve never seen before—purple mountains, greens that turned yellow. It was awe-inspiring.”

Leffers has dreams of making it big—really big. As his reputation grows in his own hometown, he becomes increasingly passionate about showing the rest of the country that great art can come from anywhere, including Fort Wayne. In fact, he would love to serve as the mainspring of the next grassroots style evolution.

“I want to travel around the country and meet other local artists working in abstract,” says Leffers. “I know what I’m doing, but I want to see the bigger picture. I want to figure out the underlying theory and then optimize it to create the sense of an atmosphere on a larger scale.”

Although he certainly hopes to find success, it isn’t personal gain that drives Leffers’ big dreams. He’ll keep making art regardless of how others feel about it; it’s his outlet, a force he can’t contain.

“If I’m not making art, I’m thinking about it,” says Leffers. “It’s like a dam. It starts to build up, and when it’s ready to burst, I have to go paint.”

What keeps him reaching for more is his passion for his community. With Fort Wayne poised on the leading edge of a renaissance period, Leffers insists that art must be an integral component of the city’s rebirth.

“A city can’t truly grow without including the arts,” he asserts. “Local artists really care about the community, and we want to reinvest in it. I’m going all-in for Fort Wayne, and we are going to grow into a big voice in the Midwest.”

“It teaches you a way of thinking,” says Leffers. “It gives you a mindset and a perspective that helps you learn how to get anything done, not just one thing. Anything that comes at you, you’re able to deal with.”

That’s a big reason why he has been able to keep following his dreams, even though he can’t fully support himself with his painting—yet. Leffers holds a full-time job unrelated to art that keeps him afloat because he’s willing to do whatever it takes to achieve his goals.

“Everyone wants to live the dream, but many give up when they reach the first roadblock,” says Leffers. “I try to be as realistic as I can and figure out the steps it takes to get there. You have to take risks to get where you want to go, and you have to optimize every opportunity.”

Leffers’ determination and dedication to his craft are already paying off. His work has become recognizable in Fort Wayne, and he has begun to build a following.

Most importantly, he’s happy. “People keep saying I’m becoming famous. I feel like I’m just a guy doing what he loves to do.”

In the end, that’s all that really matters. 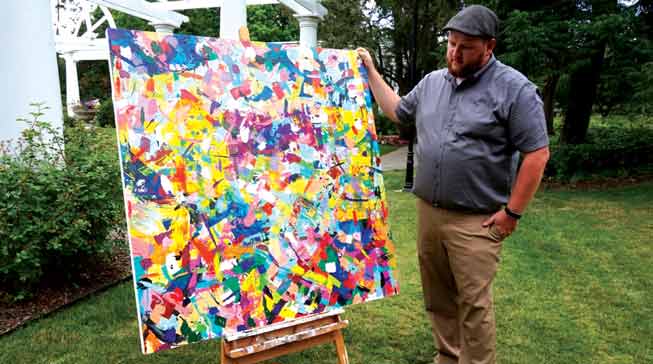 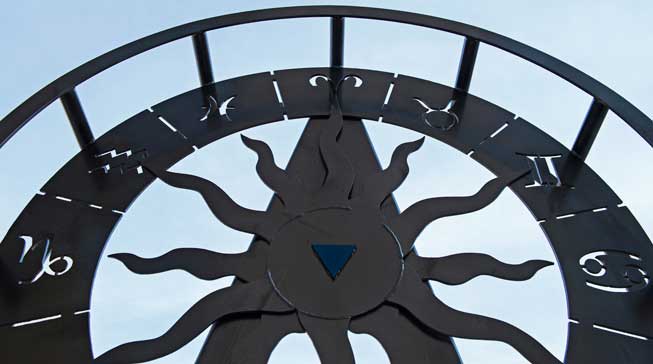 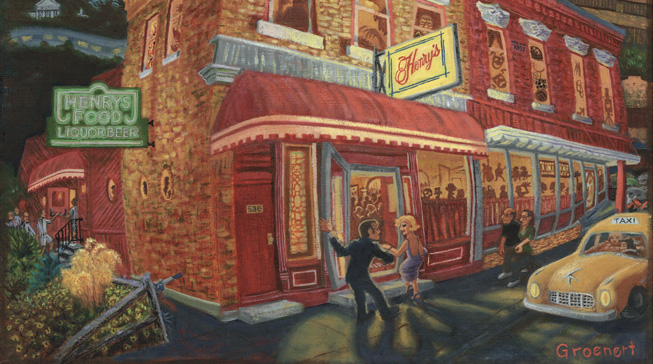 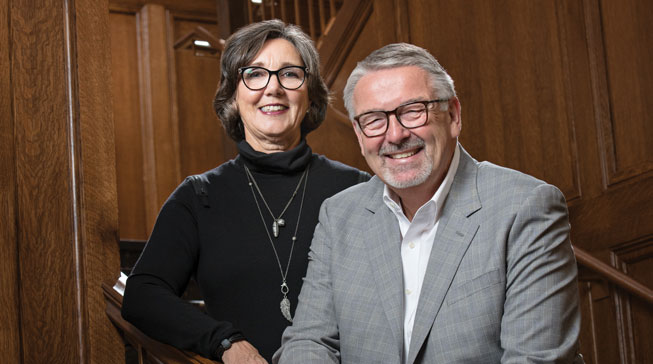 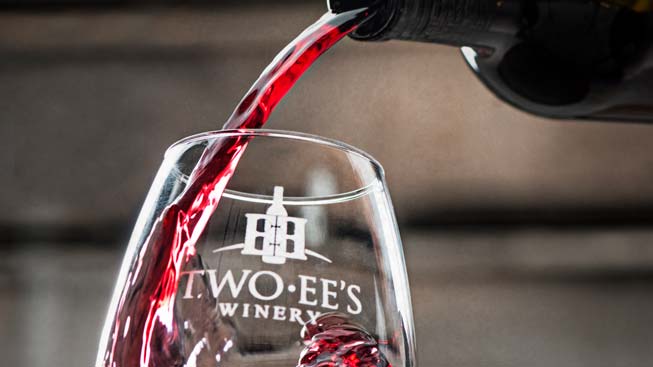 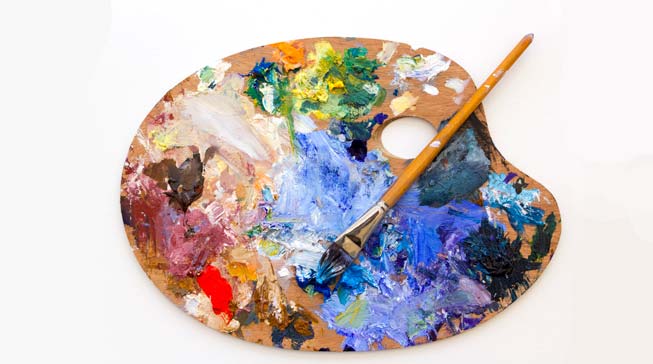 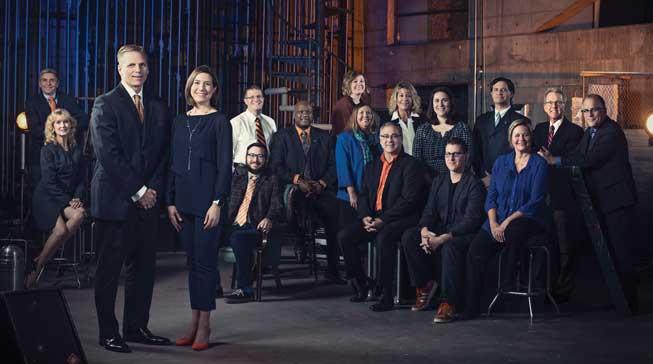 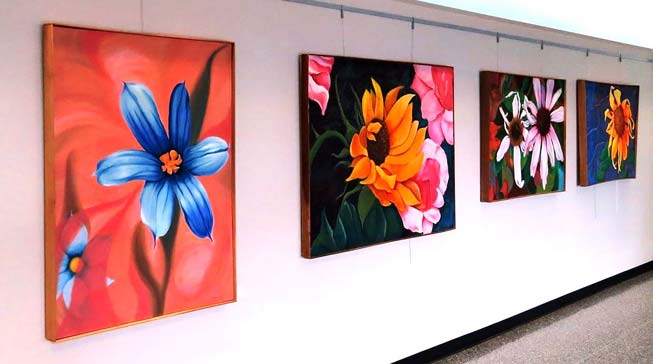